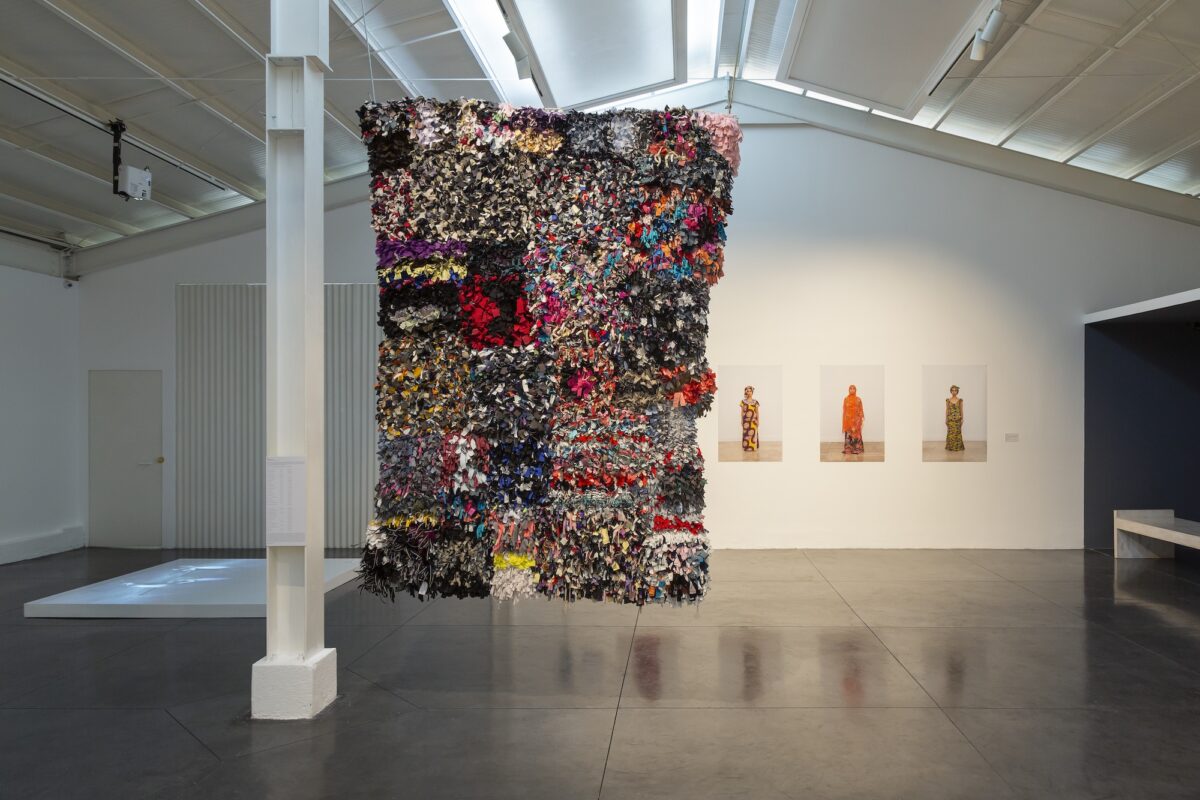 La Nueva Fábrica is thrilled to announce the opening of Grito, a mid-career survey of over 40 works by Guatemalan artist Regina José Galindo, curated by Maya Juracán. The exhibition is Galindo’s first institutional survey in the Americas, celebrating Galindo’s artistic practice spanning over 20 years with works dating from 1997 to the present day.

Regina José Galindo is one of the most acclaimed artists of her generation, working across multiple mediums to address systemic injustices and human rights issues from a critical perspective that, while being firmly rooted in the silenced histories of Guatemala, speaks to the international urgencies of our time. Her practice employs the body – both the individual and collective one – as a tool through which to denounce, visualize, and subvert multiple forms of intermeshed oppression.

Structured around three thematic constellations – Resilience, Historical Memory, Resistance –Grito sheds light on the relevance of Galindo’s practice at a time when the Guatemalan State
continues to aggressively prioritize the elitist accumulation of wealth over human rights and is threatening already vulnerable populations with laws that criminalize sexual education, gender diversity, and women’s agency over their own bodies.

The exhibition is anchored by influential artworks such as Las escucharon gritar y no abrieron la puerta They heard them scream and did not open the door, a sound installation consisting of 41 women screaming for nine minutes in remembrance of the 2017 fire at the Hogar Seguro Virgen de la Asunción, an orphanage run by the Guatemalan State in which 56 girls were deliberately kept locked in a room while it caught fire, causing the death of 41 of them. Ríos de gente Rivers of people gathers the documentation of a collective performance in which members of Guatemalan communities threatened by the State for defending their rivers walked in procession under a bright aquamarine fabric, forming a current of solidarity and resistance. The installation at La Nueva Fábrica is complemented by the re-creation of No violarás Thou shalt not rape, a large-scale textual installation that presents the anti-rape admonishment as a billboard on a highly transited highway to Antigua, Guatemala.

The exhibition is accompanied by the first monographic publication ever developed in Latin America on Galindo’s work. The catalogue includes essays by Guatemalan and international contributors, including Judith Butler, Rosa Chávez, Arnoldo Gálvez Suárez, and Yasmín Martín Vodopivec.